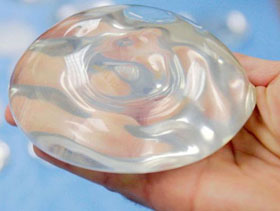 If you’re considering breast implants, to know that they’re popular is not enough. Breast augmentation is surgery and implants take up permanent residence in your body. You are probably asking, “What was so wrong with silicone-gel implants in the first place that they were taken off the market for years?” In a recent live interview, the Huffington Post got together prominent plastic surgeons to answer these questions:

Why were silicone-gel breast implants taken off the market?

The FDA banned the use of these devices in cosmetic procedures in 1992 after complaints that the devices ruptured. At that time there were concerns that once released in the body, the implant material could lead to health problems, including connective-tissue diseases like rheumatoid arthritis. Plastic surgeons did not believe this to be true, but manufacturers at the time had no long-term data at this point, so they agreed to the ban to collect more information. During the ban, silicone implants continued to be used for breast reconstruction.

Why were they put back on the market?

The efforts of scientific studies made by 2,000 institutions exploring 1,200 data points showed that silicone-gel breast implants were not associated with breast cancer, autoimmune disease or any other systemic diseases.

Even though a scientific advisory committee recommended that the ban be lifted in 2003, the FDA recommended even more studies. One of the plastic surgeons interviewed, the President of ASAPS, said it’s unheard of that the ban would not have been lifted earlier based on the intensity of the studies completed. It was not until 2006, after three more years of studies, that the FDA decreed these implants “safe and effective.” According to the ASAPS President, “No implantable device on the planet has been more thoroughly studied than silicone gel implants.”

Why are silicone-gel breast implants so popular?

A California plastic surgeon and Assistant Clinical Professor at UCLA puts it well: “Nothing in the body is filled with water (like a saline implant) but the bladder. Water is not compressible. We want a breast implant that is soft and compressible like silicone. Women like it because it looks better, feels better and lasts longer.”

What are the dangers of silicone breast implants?

Silicone-gel breast implants were not banned because things went wrong but because, at the time, there weren’t scientific studies to refute claims that were made. The concern in the early 1990s was that these implants could make you systemically ill, i.e., cause disease. Now we have studies that show that neither silicone nor saline implants cause disease.

Is there a higher complication rate with silicone than saline?

Studies since 2006 show an equal complication rate between saline and silicone. With saline implants, you can tell immediately if there is deflation. When it ruptures it deflates and the saline is absorbed by the body. With silicone implants, you sometimes need additional tests.

Saline implants are more prone to rippling and can sometimes be seen through the skin, but an advantage is that they can be made larger. A California plastic surgeon told the Wall Street Journal he is more likely to use saline implants in very young women who may change their minds about augmentation; saline implants require a much smaller incision, meaning less scarring. The shell of the implant is inserted and only then is it filled with saline. Removing it is also easier.

On the other hand, the new silicone-gel breast implants have the virtue of being so firm that if you cut one of these in half and squeeze it, the silicone protrudes from the open end, but when you release the pressure, it goes right back in. This ability to retain its integrity takes away the concerns, to a large degree, that in the event of rupture, there may be free silicone in the body. Additionally, breast implants create a pocket or capsule once implanted into the body, which prevents it from moving or sliding out, even in case of rupture.

Why do studies show that 20 percent of patients need their silicone gel breast implants removed after 10 years?

Both doctors interviewed agreed that this removal rate is not due to implant failure, i.e., a broken implant. Most reoperations are because women want to change their breast size, have breasts that droop, or chose an implant that is too large. In other words, the reoperation rate is due to the way patients and surgeons select and use implants, rather than implant failure. Another consideration is that not every doctor performing breast augmentation is a skilled board-certified plastic surgeon; poor surgery will certainly lead to reoperation. Both doctors interviewed and ASAPS are committed to reducing reoperation rates in breast augmentation.

So, what’s the fuss about?

According to a Santa Monica plastic surgeon the fuss about silicone breast implants is because breast augmentation is politically and sociologically loaded and makes great fodder for news stories. For lawyers, it became their new ‘asbestos’ and for feminists breast implants became a symbol for bad values. Though Pamela Anderson is a poster child for breast implants, most patients are young women with underdeveloped breasts who feel inadequate or women with deflated breasts following pregnancy who just want a ‘natural look.’

Need an expert advice on these?

Need an expert advice on these?

Fill out the following fields and we’ll contact you as soon as possible.